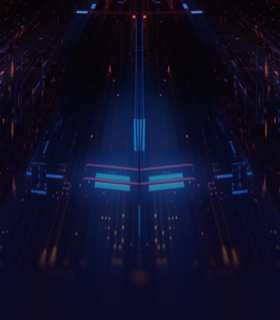 The internet we use comes from the DoD ARPANET project. It expanded its functionality to perform tasks it was not initially designed to do, such as securing communication.

There has been talk of quantum computing  being used to create a faster, secure and more stable internet. The Quantum Internet. To kick start the process, the DOE's Office of Science organized the Quantum Internet Blueprint Workshop. Their goal is to explore the current advancement in science and technology to build a nationwide quantum internet in the near term.

One of the key 🔑  differences i noticed from the classic internet framework to the proposed quantum internet is the network stack. The current internet stack has seven layers while the quantum network will have five layers as illustrated below.

The idea is to integrate the current internet infrastructure with the proposed quantum networks to create the desired quantum internet. To make it work seamlessly, the quantum engineers will need to construct devices capable of error correction and quantum repeating to communicate over long distances. The goal is to have multi-hop quantum networks that will ultimately create a national quantum internet.

Eventually other nations will build their national quantum internet and we can connect to them to create the new global quantum internet. To learn more about this, read the report  the DOE Quantum Internet Blueprint Workshop